Wyoming now legally recognises Decentralised Autonomous Organisations (DAO's) as a type of business ownership. What is a DAO and should every business be one?

“Structurally, DAOs are superior to traditional organizations because they distribute ownership and power much more evenly, are much easier to create, and have significantly lower barriers to contribution.” -- Spencer Graham, DAOhaus

Decentralised autonomous organisations or DAOs aren’t a new concept.  They were actually first proposed back in the 1990s and referred to in the context of the Internet-of-Things environment but it faced a number of hurdles the first of which was the technology to support a DAO wasn't really there at the time and the second was that legally, it wasn’t a recognised structure in most countries. But DAOs have come a long way since then and have seen exponential growth in 2021 most notably from DeFi protocols delegating governance to their communities. While DAOs have so far mostly been connected to crypto, could now be the right time for traditional organisations to benefit from the technological innovation of this blockchain-based governance?

When Vitalik Buterin launched Ethereum in 2015, it was set to change the web as we know it.  The ability to develop smart contracts has subsequently led to thousands of Decentralised Applications (DApps) and Decentralised Finance (DeFi) protocols with over three million users. It also made it possible for a DAO to become a viable business structure with the technology to support it. However, one of the first such organisations created back in 2016 called The DAO was a project that ultimately failed and led to the first Ethereum hard fork where users who did not hard fork were left on what we now know as Ethereum Classic. That’s okay, we live and learn and as we see today, the technology has been greatly improved thanks to Ethereum’s continued effort and support in developing the concepts of DApps and DAOs further.

A DAO is essentially a blockchain system that’s ‘internet-native’ and allows for people to govern a business or project in a collectively owned and managed manner. Typically, this involves  ‘voting rights’,  ‘rule’ proposals and reward participation versus a traditional hierarchical management structure.

With greater transparency and decentralisation of power, the rules for how the DAO operates are all built into smart-contracts and are self-executing. A DAO can give certain users more powers than others, but how that power is distributed is enshrined in the code. DAOs require voter participation in order for changes to be made, but there is the risk of voter apathy setting in. Apathy could result in centralised power if only a few people are actually voting on regular matters.

One way to fix this would be to borrow from newer business governance models such as Holacracy or Liquid Democracy, which allows voters to vote on every decision or to delegate their voting power to an appointed person.

Wyoming sets the pace for
legal change for DAOs 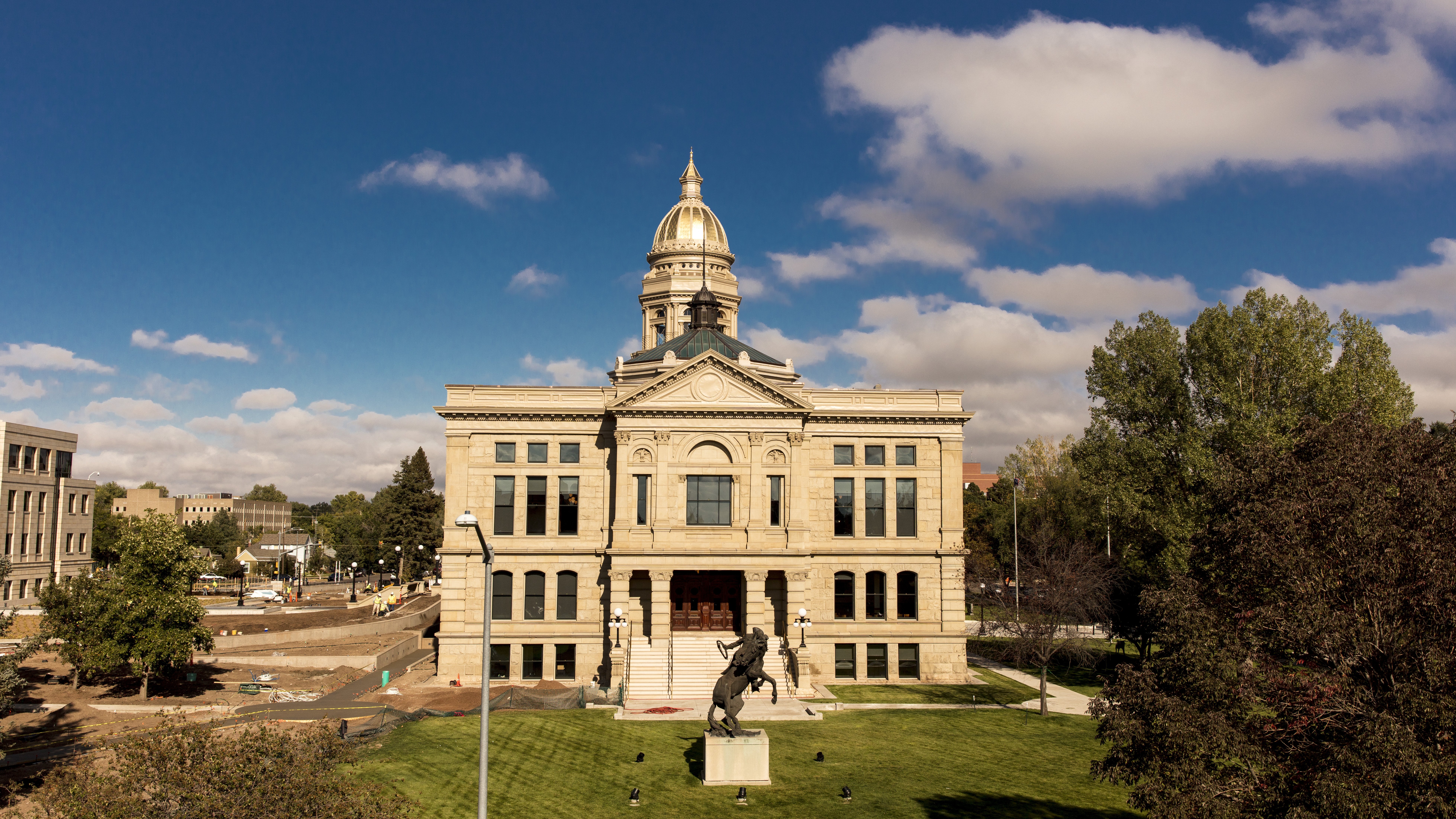 A major hurdle for DAOs is one of regulations. A DAO isn't a legally recognised structure in most countries, though that too is set to change very soon thanks to the US state of Wyoming. Wyoming has been a pioneer of Blockchain regulation over the last few years and in July 2021 they became the first state to legally recognise DAOs as a Limited Liability Company. The Wyoming DAO bill which passed the state’s senate committee, now enables crypto DAO creators the freedom to structure their affairs with a mix of statutory filings, legal agreements, or smart contracts to organise affairs and legally operate in the traditional world.

Interestingly enough, it was Wyoming that first legally recognised the Limited Liability Company structure back in 1977. It took 11 years for the rest of the United States to catch up, but Wyoming led the way. The same is likely to be happening again here, but with a more accelerated timeline.

The Future of Business with DAOs

The question is, do we see a future where more and more companies choose to become decentralised autonomous organisations? MakerDAO is a DeFi protocol that created the DAI stablecoin, an integral part of MakerDAOs lending system. Until now the Maker Foundation has managed the protocol - a relatively well understood structure. The move to a full Decentralised Autonomous Organisation was always the plan for MakerDAO and they decided to approach the DAO with what they call a Core Units framework. These are the equivalent of organisational committees and are defined as "A structure that has a budget attached to it, managed by one or more Facilitators, that coordinate and pay contributors working to achieve a long-term goal within MakerDAO."  This is similar to a system called Holacracy that allows business hierarchy to be self organized. This method distributes authority, improves engagement and ownership over work.

MakerDAO wanted this approach because it eliminates the top-down approach of traditional companies. With a DAO the hierarchy doesn't eliminate the validity of individual contributions based on rank or position. Every stakeholder has the opportunity to influence the direction the organisation takes and shape its growth. Then everything that happens within the organisation is recorded on the blockchain, stakeholders can check that the funds are distributed and spent appropriately and that milestones are being met. A good example of a DAO where holacracy is in practice, is LeapDAO. As a developer cooperative LeapDAO uses the holacracy governance model to structure teams and budgets in alignment with its purpose and roadmap.

To some, it may look like a business model that only applies to niche crypto and blockchain companies, but the advantages of the model can apply to any business. The DAO would of course need a blockchain solution to underpin the governance and transparency required but it doesn't mean it's products have to be blockchain-based or related.

We actually see a potential future where every company is a DAO, because it solves some of the risks we have today interacting with corporate body counterparties. Traditional company structures place a tremendous amount of trust in the senior management. If senior management abuse their positions or make poor choices, it can have a dramatic effect on the whole company, it's customers, employees and shareholders.

Investors and venture capital funds have to put a lot of trust into the founders of those companies that they are going to use the funding as planned. By implementing a DAO structure we can reduce the level of trust required in senior management therefore reducing the risk and cost of mitigating it.

This reduced risk could possibly translate into preferential lending rates, if a lender doesn't have to rely purely on trusting a founder and their management team because the smart contract ensures transparency and governance then a DAO should be able to source capital cheaper because there is a higher level of trust. In future the DAO structure can reduce administrative burdens like tax payment which would be automated. Audits could be managed whenever they are required and the cost and complexity associated with accounts keeping would be greatly reduced.

Operating a DAO could also prevent the worst kinds of financial abuse. When you have a business with a traditional hierarchy there are always opportunities to either game the system, fiddle the numbers or steal. A famous example of that would be the plundering of the Mirror Newspapers pension fund in the late 1980s. After media mogul Robert Maxwell's death in 1991 it was discovered that he had been moving money from one company to another to hide huge losses, after he went missing from his Yacht in 1991 it was discovered that he had also been stealing money from his employees pension funds. In total £440 million was stolen and the UK government was only able to bail out a fraction of it. This happened because there was no oversight, no transparency and because Maxwell saw the opportunity and took it.

We believe that this sort of financial crime happens a lot given the inherent opportunities present in a traditional business structure. PwC found in it's recent Global Economic Crime and Fraud Survey that of 5000 respondents that experienced fraud, Asset Misappropriation accounted for 30% of incidents and Accounting/Financial Statement Fraud made up 28%. If businesses were to adopt the DAO structure there is the decentralisation element but more importantly it's the security and transparency that reduces the risk and makes it more likely that the DAO model will become a mainstream business structure in the near future.

“This isn’t pie in the sky thinking, the actual first pioneers are doing this today, in the next five years we’re going to see more businesses adopt the DAO model, even those without a blockchain focus.” -- Alex Batlin, CEO & Founder, Trustology.

If companies take on this structure, they will need to carefully consider their private key management. If the members of the DAO lose their keys, they won't be able to vote or spend the funds held in the smart contracts. Even stakeholders will need to keep it in mind because their private keys give them access to their governance tokens and their ability to vote on rules too. As a DAO, you will have to have your private keys managed in a secure, recoverable way.

Come and talk to Trustology to find out more on how we safeguard and administer cryptoassets for institutions.

What Makes A Secure Digital Custodian?

The VC Community Is Getting Defi Savvy

Crypto Winter: How Projects Can Use Treasuries To Thrive